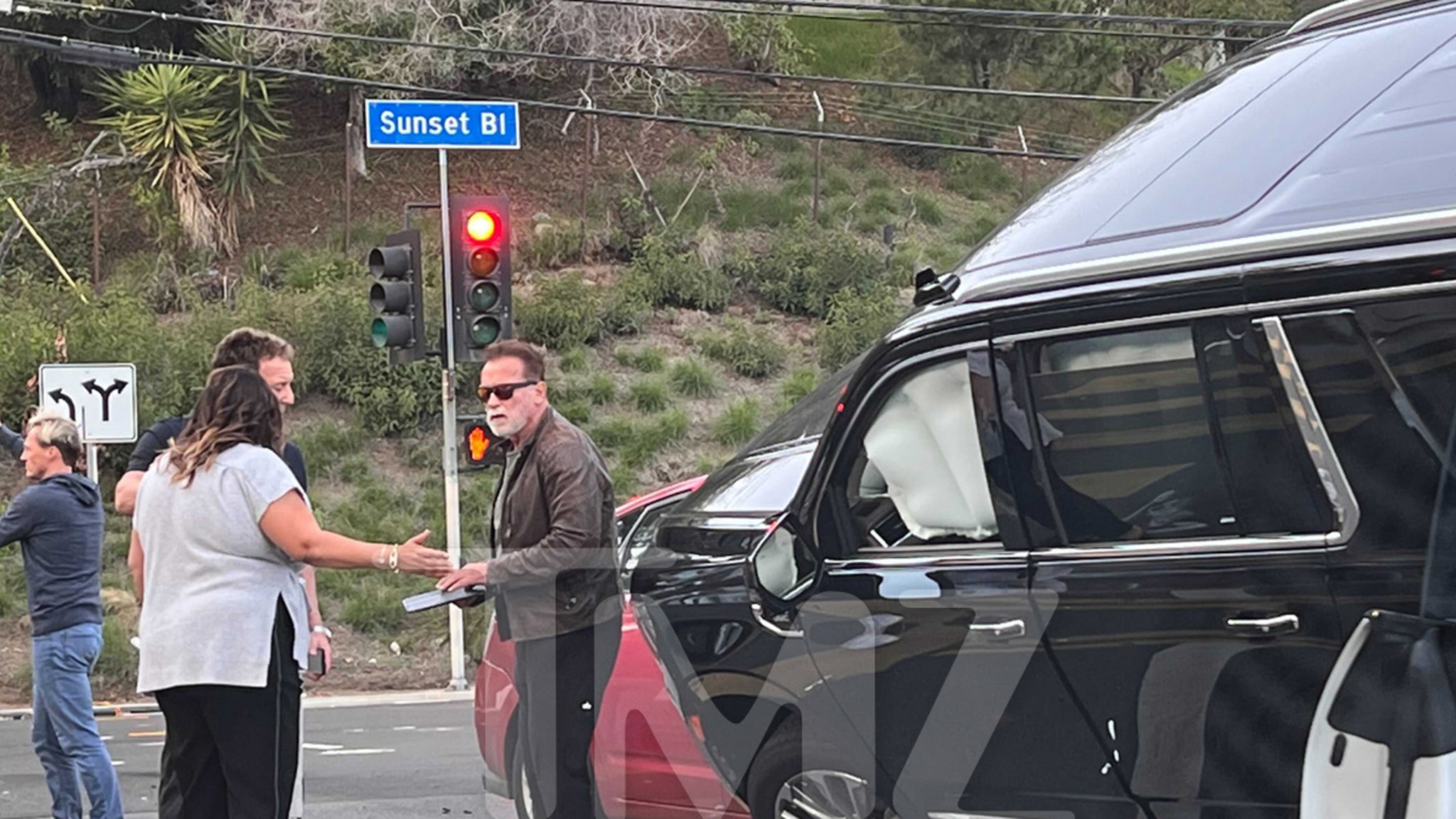 6:40 PM PT — Law enforcement sources tell TMZ, they believe the accident was Arnold’s fault. They say he was turning left but there was a left turn arrow that was still red. Arnold was not ticketed.

Arnold Schwarzenegger was just involved in a bad car accident  … so bad his monster SUV rolled over on top of another car, and that driver was badly injured.

Arnold was driving a Yukon SUV when it collided with a red Prius at around 5:00 PM PT.  His SUV started to roll and ended up on top of the Prius, then continued rolling to the left into a Porsche Cayenne. 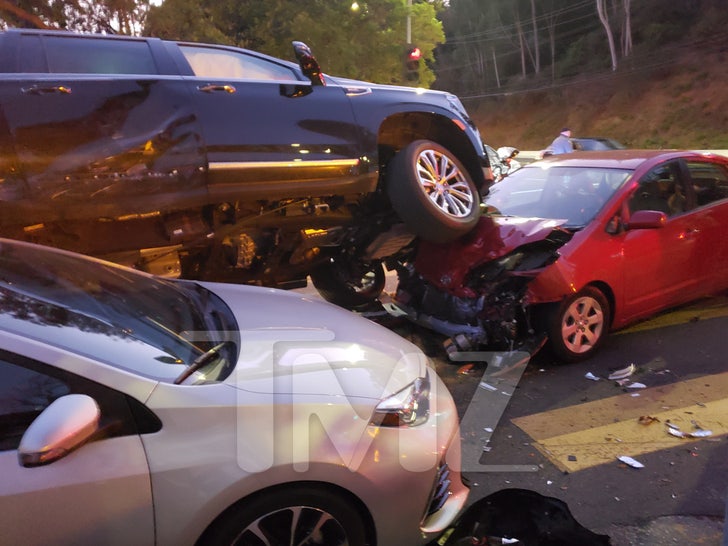 One eyewitness says it was crazy … it looked like a stunt in a movie. The collision was intense enough that the airbags deployed on the Yukon. 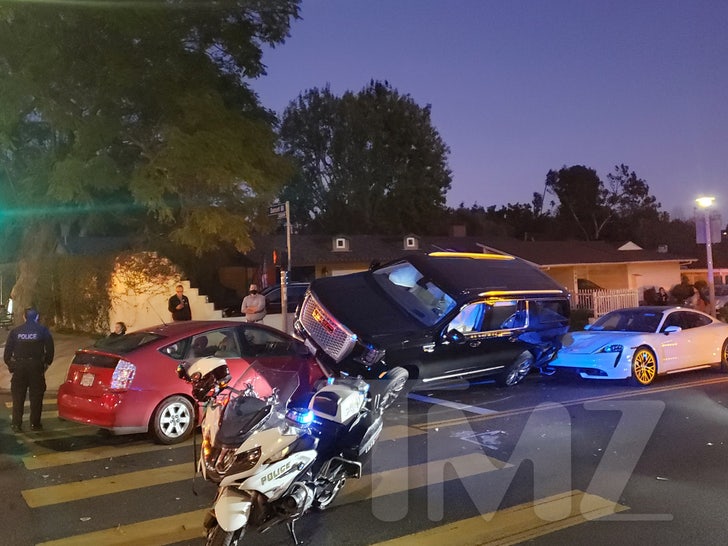 The woman who was driving the Prius was injured — bleeding heavily from her head. We’re told an ambulance took her to the hospital. 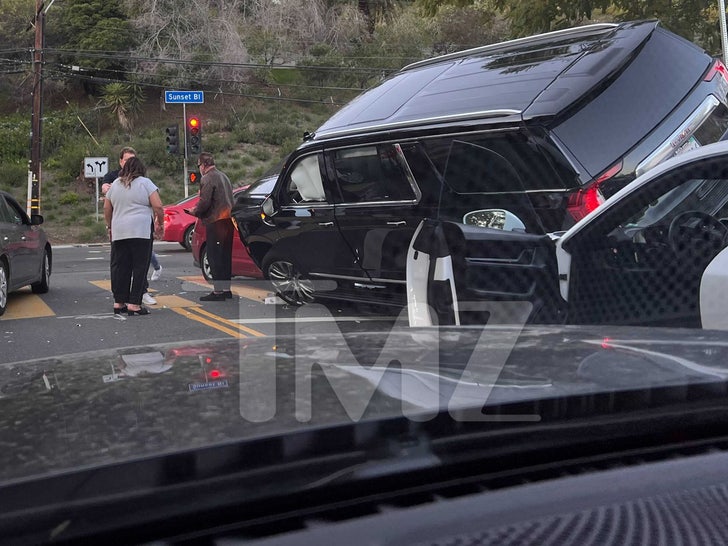 Arnold, we’re told, is OK and is deeply concerned about the injured woman. An Arnold source tells TMZ he wants to personally check up on her. 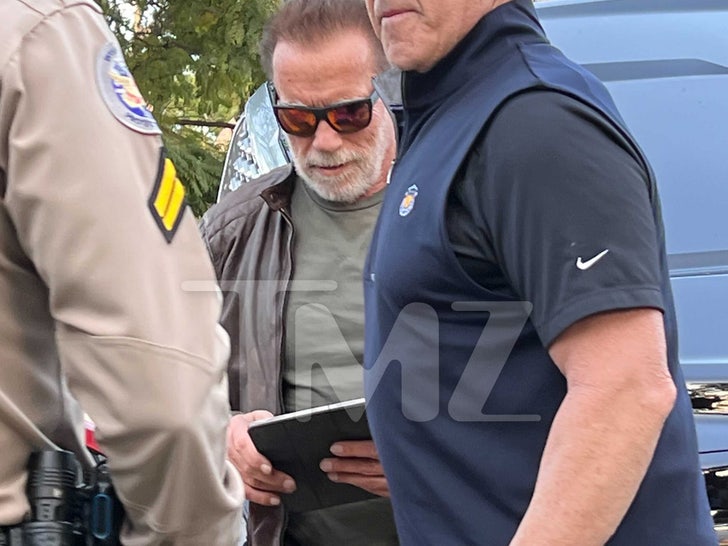 Jake Steinfeld of “Body By Jake” fame was apparently at the scene at the time of the crash and that’s him in the photo (above) with Arnold. The two are close friends. In fact, when Arnold was Governor of California, Jake was the Chairman of the Governor’s Council on Physical Fitness.

One of the witnesses says it appeared the Prius was on Sunset Blvd and Arnold was on Sunset turning left in the opposite direction when the collision occurred.

At the time of this post, Arnold is still at the accident scene, which is about a mile from his home.