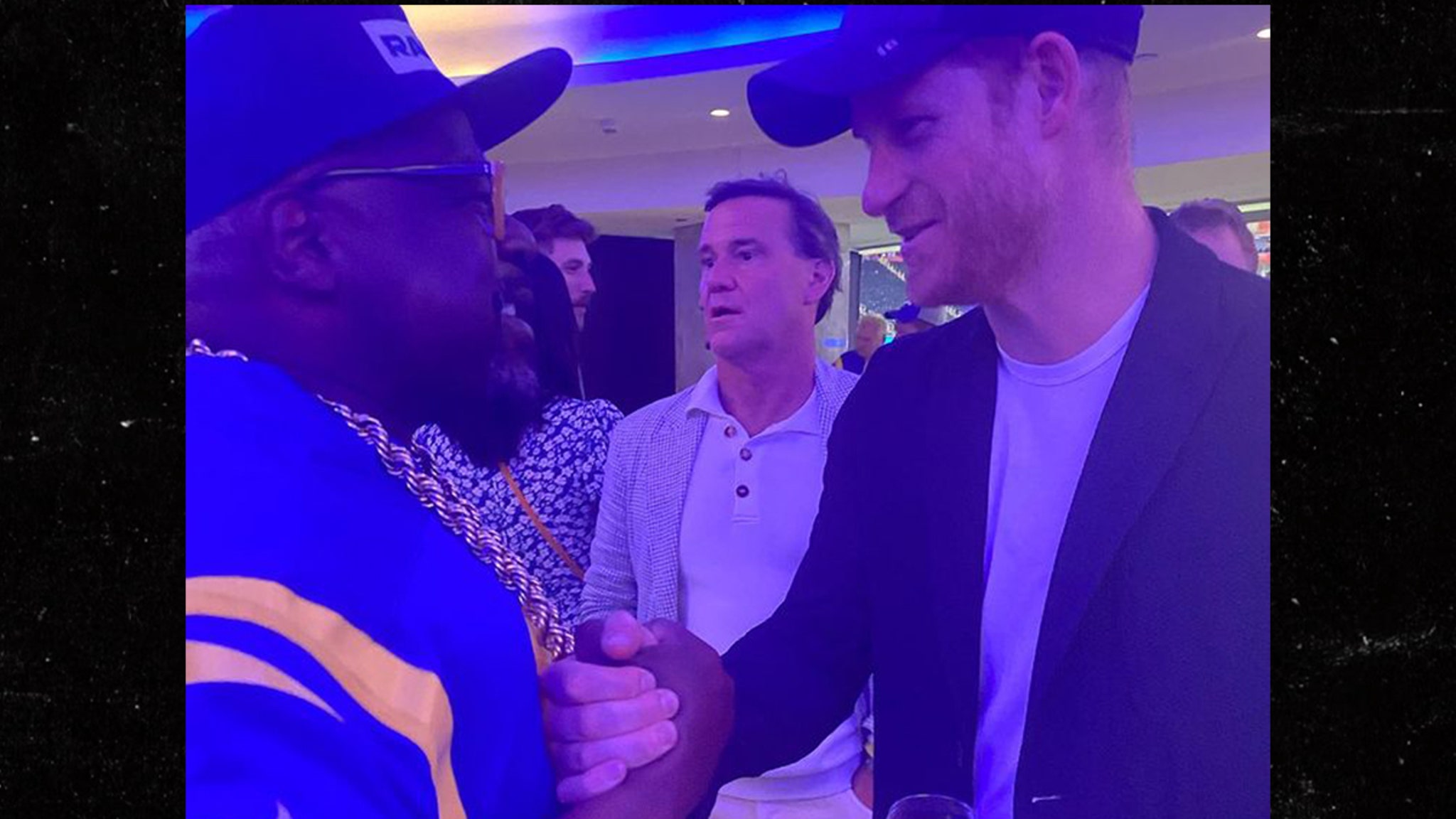 Prince Harry had a mask on at some point during the Super Bowl, but he ditched it at another point and joined a VERY large crowd of celebrities and others who flaunted COVID protocols … and, real talk, the rules are looking increasingly ridiculous.

As we reported, the L.A. County Health Dept. warned everyone who attended … wear a mask or else. They even said they were going to make sure people didn’t pull a popcorn trick … eating a bucket slowly without a mask.

The reality … there was no popcorn police, nor should there be. Even L.A. Mayor Eric Garcetti — who ridiculously defended not wearing a mask a few weeks back at the same venue by saying he held his breath — was out there again without a mask, and this time he was clearly inhaling and exhaling as he chatted up some folks.

California lifted its mask mandate Monday, but L.A. County is not following suit and still requires masks indoors … something, at this point, has clearly become a joke.