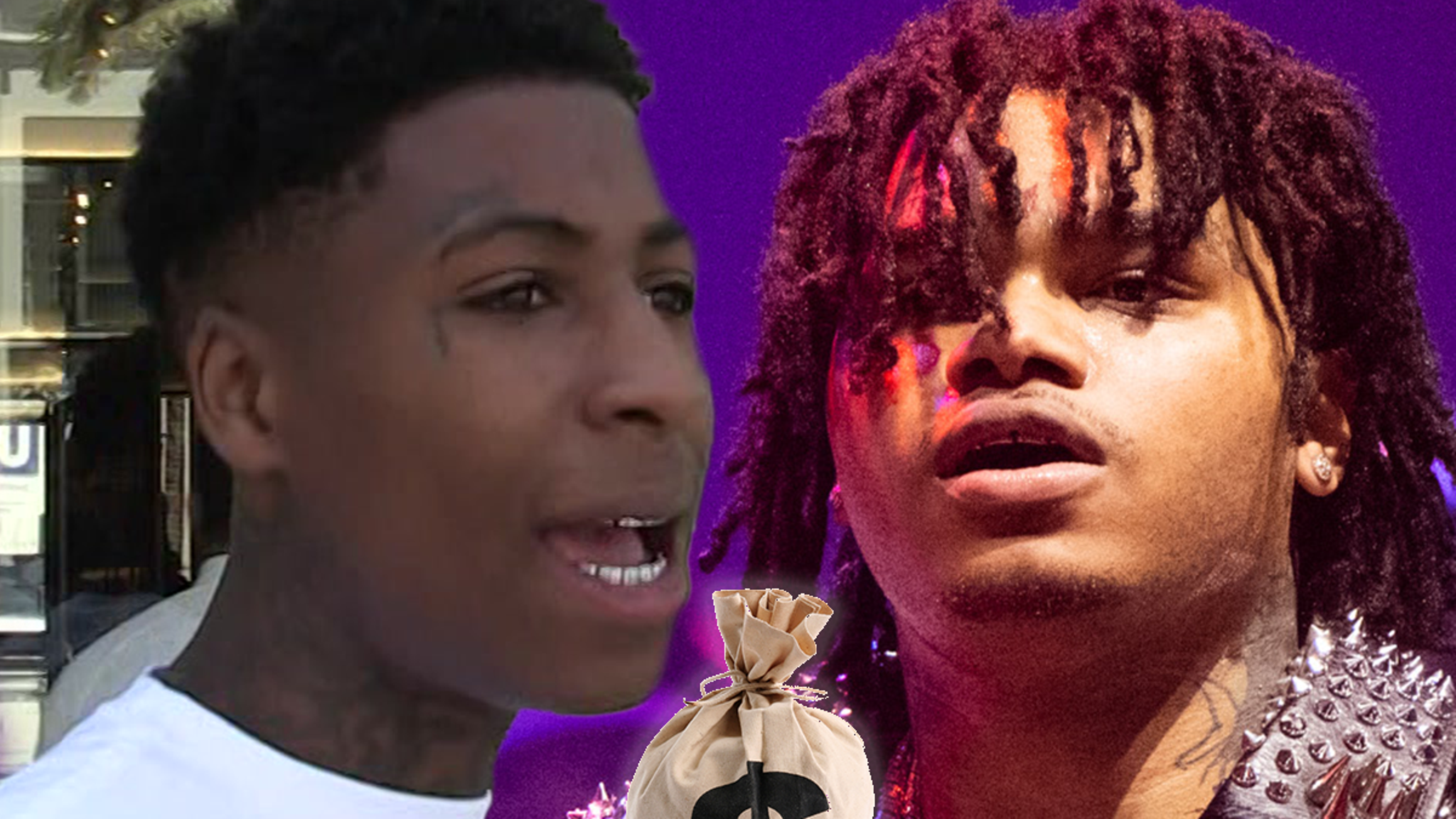 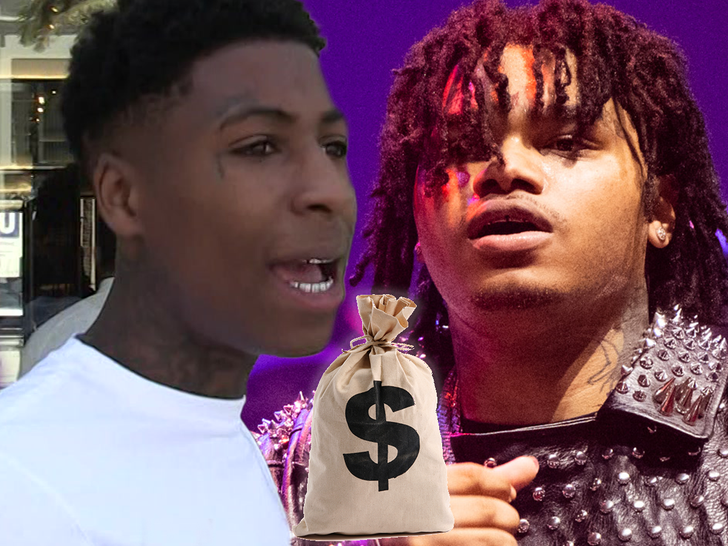 NBA YoungBoy is targeting his former artist NoCap over a money dispute, and neither one is showing signs of backing down.

In an IG story, Youngboy accuses him of throwing undercover disses behind closed doors, and said they no longer collaborate because the respect is gone!!! Well, that’s the cleaned-up version … but you get the idea. 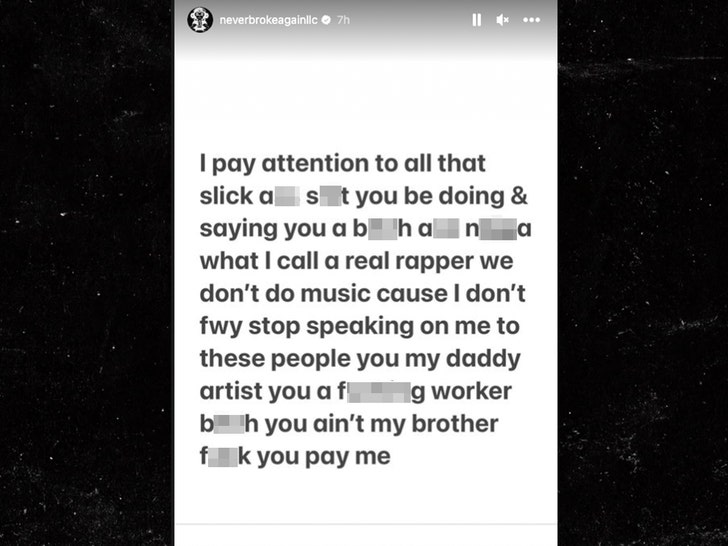 According to him, NBA tried to charge him for their last collaboration, “Flags to the Sky,” which appeared on the Alabama rapper’s “Mr. Crawford” album.

“Mr. Crawford” was released through Atlantic Records and NBA’s Never Broke Again imprint … and NoCap can’t believe his own label boss would try to tax his pockets. 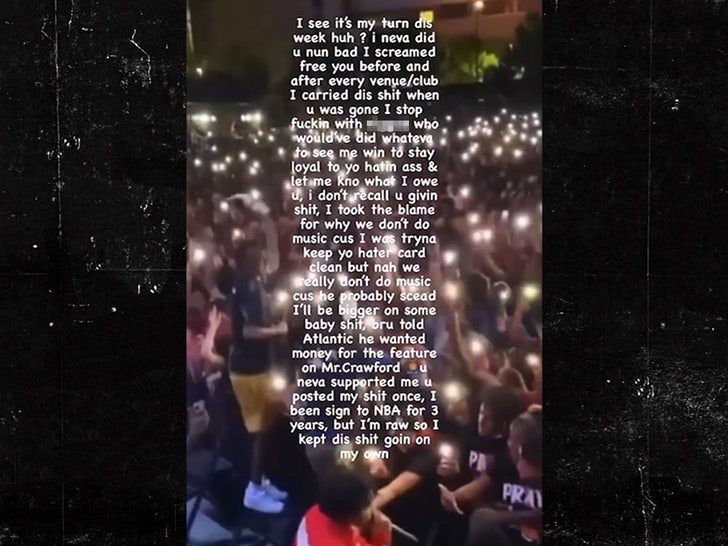 NoCap alluded to the Kodak cheap shots while claiming he never badmouthed NBA, but also says he’s never been supported in his 3 years signed to the label.

Can’t accept discounts if you never wanna be broke again!!!