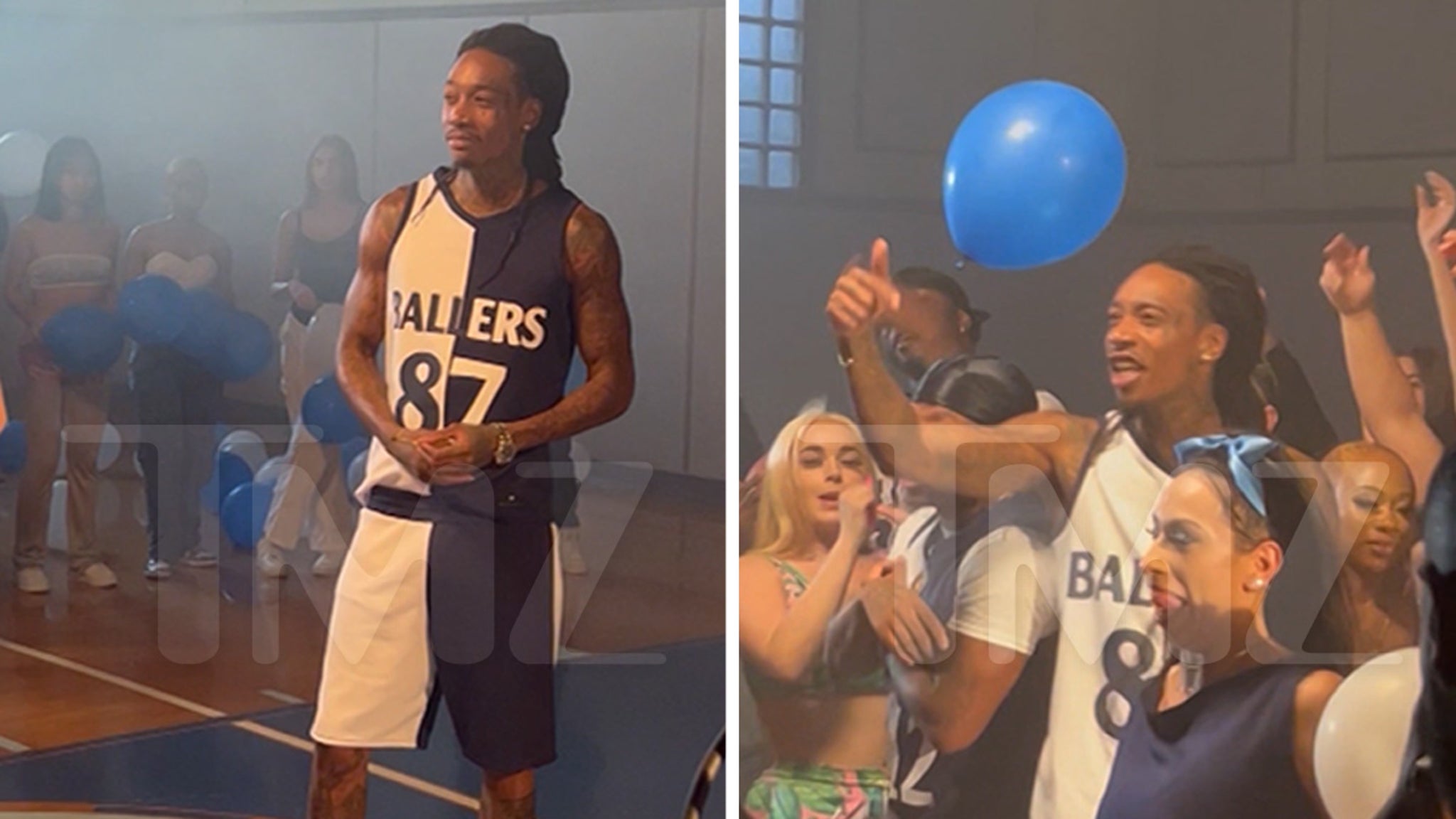 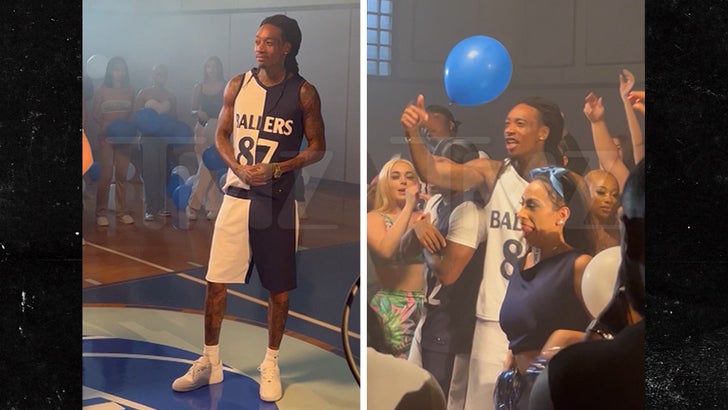 The two rappers recently draped up in “ballers” jerseys for a basketball-themed visual … which looks to be a bench-clearing celebration!!!

We’re told the single is called “Shot Caller” and will appear on Neeks’ upcoming debut album “Blessed To The Max” … which is executive produced by Neeks’ mentor, Hitmaka — who’s also in the clip.

Wiz appeared to be calling a couple of shots of his own as he took a smoke break while combing through the footage … and clearly nailed his celebration scenes while totally hitting it off with the cheerleaders!!!

Neek has emerged as one of rap’s more impressive rookies as of late … earning the respect of OG’s like 2 Chainz and Wiz while still connecting with peers like Lil Tjay and G Herbo for collabs all the same.

We’re told fans can expect Neek’s album come February 2023 … and the “Shot Caller” finished product should be ready to go around that time as well!!!