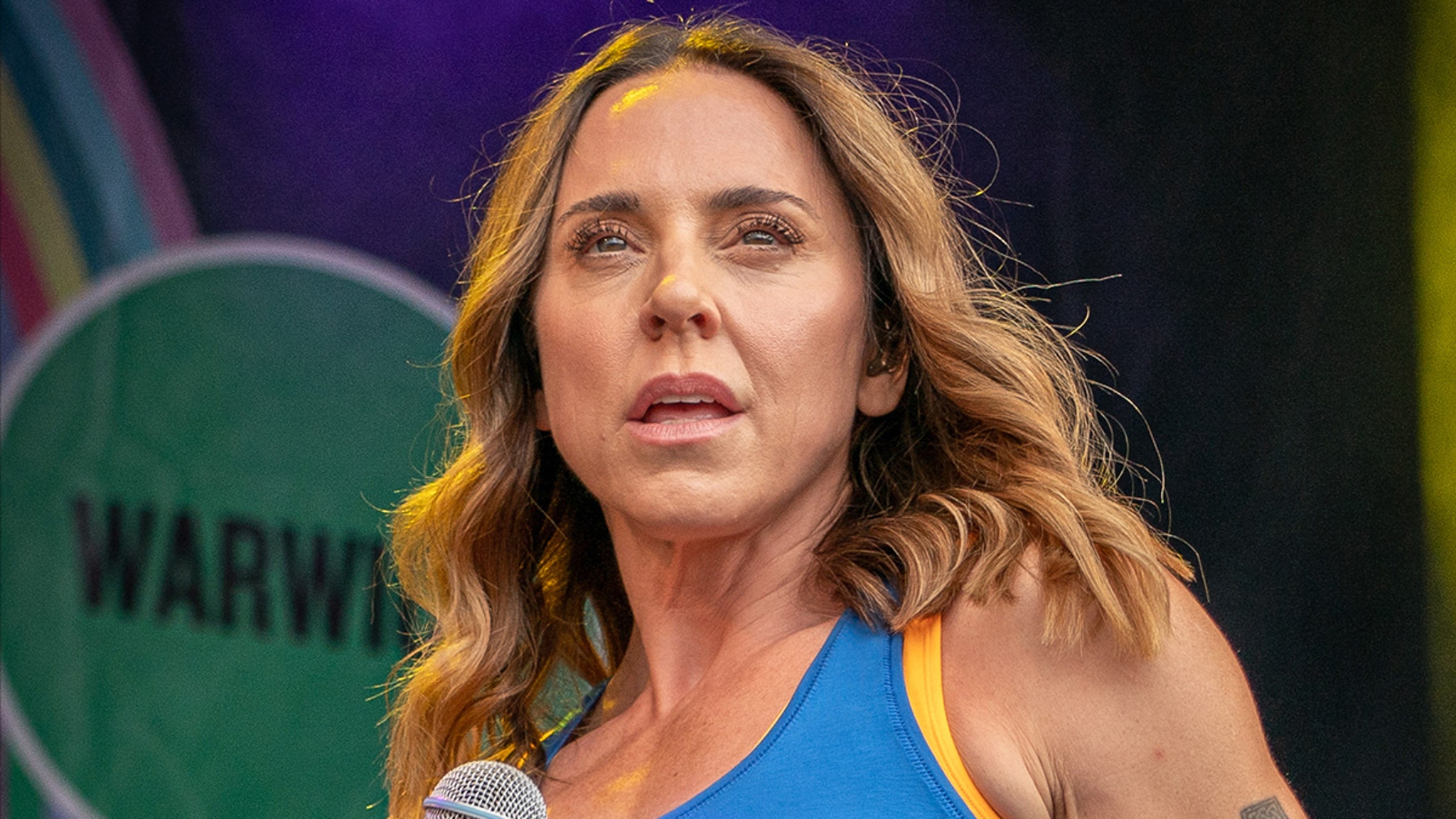 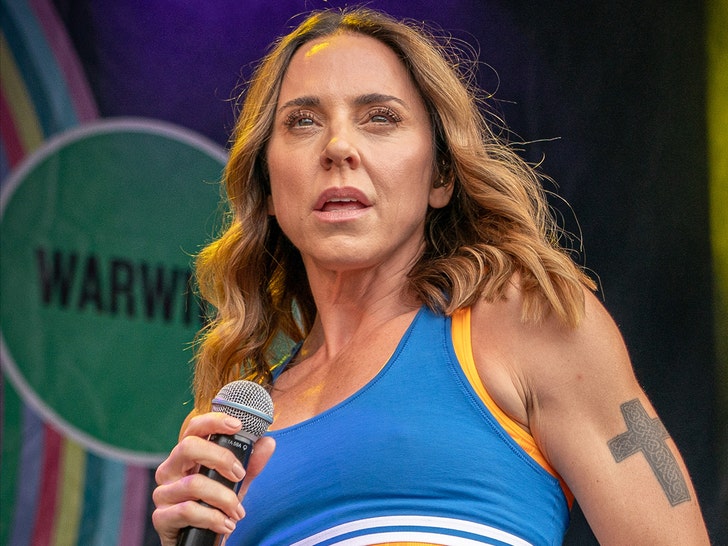 Mel C of the Spice Girls is pullin’ out of her upcoming show in Poland, saying her views don’t align with the issues she’s discovered … and the LGBT+ community can’t thank her enough for making the last-minute decision.

The singer took to social media Monday … saying “In light of some issues that have been brought to my attention, that do not align with the communities I support, I’m afraid I will no longer be able to perform in Poland as planned on New Year’s Eve.” 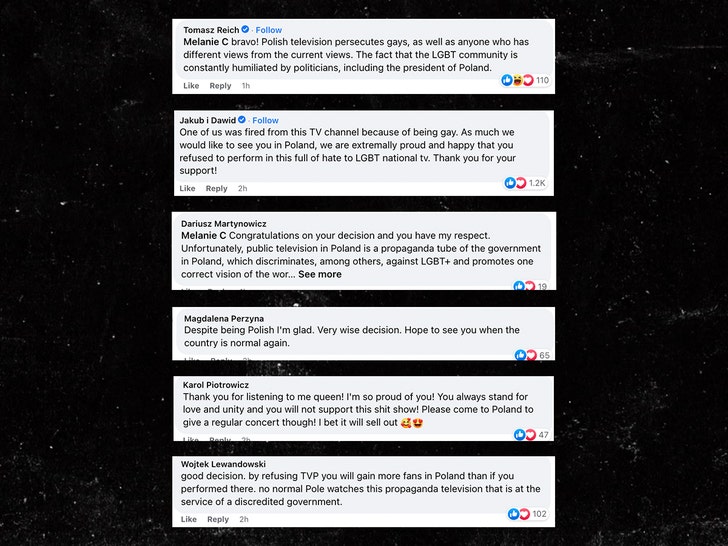 She doesn’t elaborate further on her decision, but people in the comments are praising her for seemingly standing up against the country’s anti-LGBT stance in recent years.

For those unaware — Poland’s political views have often been viewed as conservative, and a ton of towns in the country have even been declared “LGBT-Free Zones” … with the belief that the idealogy behind the LGBT culture isn’t a part of the community.

FYI — Mel was set to perform in an NYE special put on by Poland’s public broadcaster TVP … a company that’s reportedly been accused in recent years of becoming state-run propaganda, possibly even fueling the anti-LGBT fire. 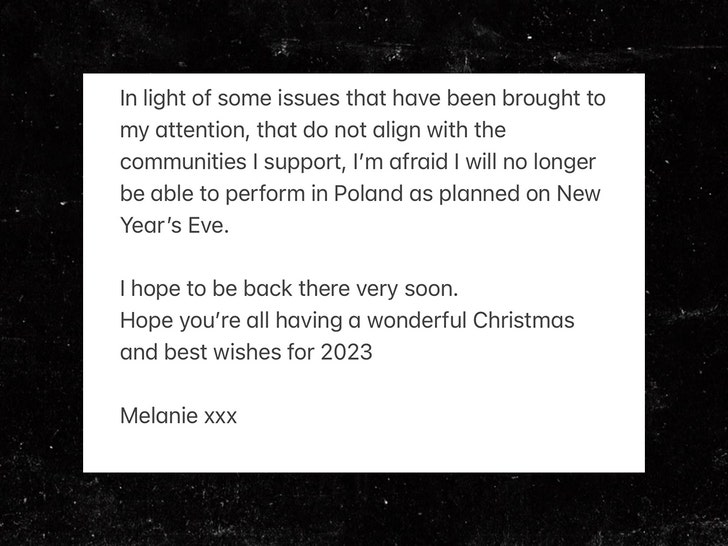 Mel, someone who’s often defended gay rights, ends the cancelation post, saying “I hope to be back there very soon” … before wishing her fans a happy holiday season.